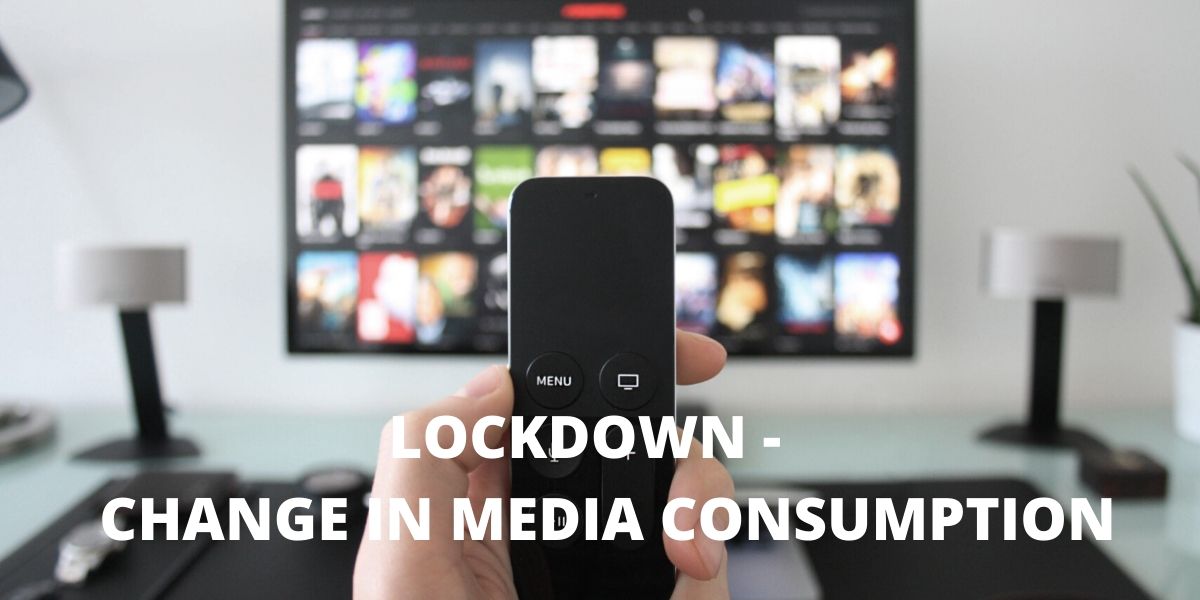 The Prime Minister of India Shri Narendra Modi announced nationwide lockdown on 24th March 2020 through a nationwide television address. With the entire country confined to their homes due to this lockdown with factories, offices, schools, colleges getting shut.  The consumption of TV and Smart phone in lockdown is being analysed here.

The television address of Prime Minister Modi was broadcasted by 201 channels with 197 million viewers watching it for 3891 minutes.  This address was the biggest ever News Event with garnering more unique viewers higher than the IPL finals which has 133 Million.

This extra ordinary situation as predicted has increased the consumption in television and mobile viewership, the two screens that Indians are glued to.

The Neilson BARC research also confirms the same. The total TV consumption has increased by 8% across India in the week ended March 20 (Covid-19 Week 1), while the total time spent per user on smartphones went up by6.2% to 25 hours a week. In the regional language viewership, Kerala has seen a 15%jump in TV consumption. Surprisingly, the Telugu genre has seen a decline of 1% in total TV viewership.

TV reach went up by 32 million new average daily viewers in the week to touch 592 million viewers. The consumption in Hindi Speaking Markets has grown by 10%, in South by 5%. The sports viewership has seen a dip in viewership whereas the news genre is the biggest gainer.  The average times pent has risen marginally by 2% to 3.51 hours.

Mega cities showed a 22% hike in viewership, led by a 28% rise in Mumbai, followed by 22% growth in Delhi. With more people watching TV throughout the day, the growth in TV viewing is coming from non-prime time slots (8am – 5pm).  During this time period, the social advertisements has been a jump of 147% in FCT, with overall growth of 13% in FCT.

The prime-time viewership in urban area’s has been steady whereas in rural area’s it has seen a decline by 5% as the GECs are showing mostly old programs or previously aired episodes.

The smaller screen which is racing ahead in replacing TV as primary screen has seen a traction vis a vis time spent by users on it. The Time spent per user on their smart phones have increased by 6% to 25 hrs in the week March 16-22.  The users have spent 32 minutes per week consuming news content, 277 minutes on Chat based services (VOIP) a growth of 23% over week Jan 13 – Feb 2, 242 minutes on social networking sites (25% growth) and 219 minutes on Video on demand services (growth of 3%). The increase in call time is only 4%.  Consumers accessing social media apps many more times than before: Time spent per user per week on social media was increased by 25%. (FB: +23%, Tik Tok +20%, Instagram: +25%, Whatsapp: +27%)

Biggest losers in this first week of COVID 19 lockdown are the shopping apps, Travel apps and food apps.

Users are spending more time from 10 am to 4pm in consuming social networking, video streaming and gaming.  Along with news apps, news websites also registered a growth of 26%, the number of website visits by a user went up by 29%.  The video on demand consumption has largely led by the working class

35-44 age group with 11% who are the biggest beneficiaries of work from home due to lockdown.

The gaming industry has seen a growth of 61% users and average time spent by 11%.

The first week of lockdown has witnessed a surge in viewership of News Channels, News Website and apps, for accessing as much as information as possible. These news channels have become the window for information that people wanted to know more and more about this global pandemic

With soaring viewership, the advertising tariff and FCT consumption increases but with the lockdown staring at an economic collapse, advertisers are not ready to spend much as business is in a decline.

Read my other articles in Shyamalsiddhanta. Connect with me on Linkedin