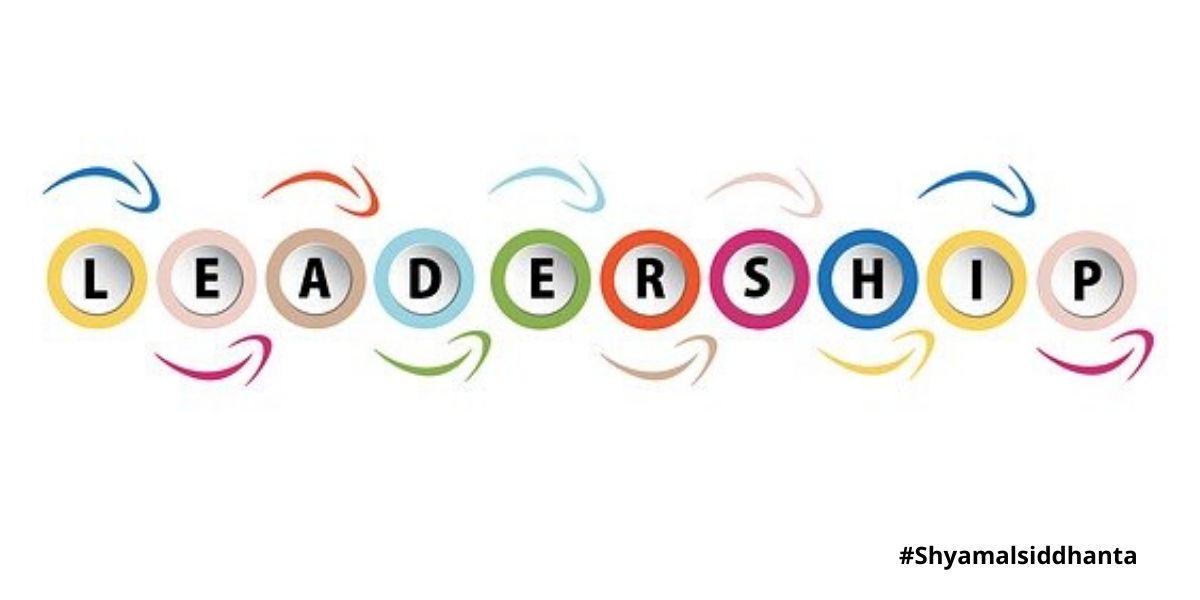 The Sanskrit verse means one who is happy at one moment and in another moment, he is eccentric. These kinds of wavering thoughts, disorder is more dangerous; hence one should be careful with such kind of person as their happiness is short-lived as well as dangerous.

Working with leaders who are eccentric is challenging as well as interesting.  The unpredictable nature of working will always keep one on tenterhooks.

According to Tina Nunno, vice president and Gartner Fellow, eccentric executives can be an asset to the organizations they lead, often by thinking outside of traditional constraints and challenging their teams to achieve extreme objectives they would not have otherwise attempted.  “The positive attributes of many of the senior executive eccentrics must be embraced, whether they are compulsive, impulsive or egotistic, to help them create exceptional business results,” says Nunno.

Many will dread working with such leaders as they will be unreasonable. They will be pushing the team members to perform outstandingly. If the team members fail to perform, he may scream, shout at them. He will demean his team members; in extreme cases he may fire employees. But in another, he will behave normally as if nothing has happened.

These leaders are control freaks, lateral thinkers. He will like to think out of box, challenge the set standard practices. His solutions may be rewarding sometimes. They can be banked on breaking conventions, provide outstanding solutions with their lateral thinking. On the flip side, this kind of leadership does create problems more often. Team members may sometimes feel unwanted, feel like they are good for nothing.  This will create an atmosphere of fear, horror. Team members will panic, will not be able to decide what to say. This will lead to a situation when honest feedback may not be available thus hampering the progress.

To give an example, let us imagine that the brand team was unhappy with the advertising agency approach. The creatives were not delivered on agreed timelines thus impacting work, deliverables, project timelines. The non-adherence of timelines was resulting in a ripple effect. Due to this, certain seasonal POS elements were not reaching the market due to late delivery of artworks. This late delivery of POS made trade unhappy with the brand. Thus, impacting the visibility at trade front.  The leader agreed, and said. Lets immediately meet the CEO and appraise him of the situation. Immediately everyone, went to meet the CEO

Fortunately, the delegation could meet CEO on pathway, as he was on his usual rounds. CEO asked the leader, how come the entire team is behind you. He enquired, Is everything ok? The leaders reply to CEO shocked all, he replied, yes sir. “Everything is fine. I just wanted to inform you that the team is really working hard. It will be nice if you bless them. Your blessings will motivate them to gear for the challenging times ahead.”

With the conversation taking an unexpected turn, the delegation returned to their desks disappointed. They couldn’t understand what happened. Where has the energy, determination of convincing the CEO to call for pitch has gone. Incidents like this proves that such leaders will be having wavering thoughts.

To further add to this, let us imagine another situation like this-

Team members having a regular conversation on creatives, forth coming marketing plans etc. Suddenly, the leader yells at one of the team members, he asks, “Why is the top button of your shirt is open? You are very callous in your behaviour. Button it immediately”. The team member didn’t realise that his shirt button is broken, he apologises but the leader would not take it anything. He gives the entire team dressing down. Suddenly, he is as cool as cucumber, as if nothing has happened. He continues the review, shares few jokes.

Eccentric leadership has a deep impact on positivity. The positive impact is limited in nature but the eccentricity will push a person to think out of box. They will keep on contradicting their own words. The promises they make, may not be kept.  This understanding of leadership behaviour will result in non-expectation of rewards.

There will be less or no conflict among the team members. Every one will have one issue, issue of eccentric leadership. Team will be focussed on how to tackle the leader rather, how to escape his wrath. How not to get fooled by his praise?  As mentioned in the saying, even the prasad or reward is also dangerous.  Team will work together towards the single objective of achieving the business goals. This unity of team may be confided to the four walls of the workspace. The team works together like a well-oiled machine, working with each other mechanically. But the emotional connect with each other will be missing.  The team will not be there for each other during an individual’s crisis or need of hour personally or professionally.

If a team member faces the wrath of leader, other members will not be even speaking to him due to fear. Social, physical distancing will be maintained. The short coming of this kind of leadership is that team members will not be having any expectations from each other. Everything will be artificial, inter personal relationship, team work, team dynamics. The way every one speaks to each other will be very measured, curated, sugar coated. Artificial or forced dynamics will have cracks but these will be hidden.

To conclude, eccentric leadership will always push one to perform. He will be difficult to please. Sometimes, he may well surprise you by putting a hand around your shoulder. Support team members during crisis, fight your battle.  The leader displays such behaviour as he is unable to make a connect with external circumstances and his own thoughts. The lateral thinking of such a leader will be enormous, what he lacks is a constructive approach to put it into meaningful acts.

Read my other marketing blogs and articles in Shyamalsiddhanta. Connect with me on LinkedIn

« Opportunity in Crisis MARKETING STRATEGY – IN ALIGNMENT WITH BUSINESS GOALS »